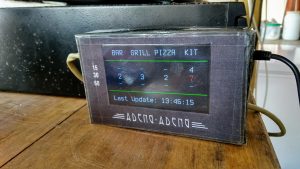 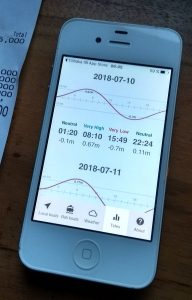 Do you also run a bar where your staff plays the same album over and over?

Fear no more, Mopidy-Auto is here!

Mopidy is a music player which can run on most *nix systems. It’s made to be easily customized with extensions. So I created one!

It plays a random album from different folders depending on the time of day. That’s it.

Python comes with a lot of great features built in but heaps more can be installed from the Python Package Index. Using the command pip this is really simple. To install for example the requests library you write the following from a terminal / command prompt:

When working on multiple Python projects on the same computer you will sooner or later run inte package dependency problems. One project might require requests version 1 while another requires requests version 2.

To create a new virtual environment (replace test with the name you want):

Notice how the prompt has changed from  now starting with (test). This is to inform which environment is active.

To stop using the environment:

The prompt changes back to Computer:~.

To use the newly created environment again:

If you don’t need your environment any more you can easily delete it:

Notice that you can not remove an environment that is currently active, you will have to deactivate it first.

Even though Python 3 is the recommended version to use, there are cases when the much older Python 2 is required. If more than one Python version is installed the requested one can be chosen when creating the virtual environment.